Children can be moody and somewhat unpredictable as they grow and as their hormone levels fluctuate. Not every fluctuation in mood or angry outburst is an indicator of mental health problems. However, it is important that you remain on the lookout for signs that could indicate your child needs psychiatric services.

1. Your child is consistently lacking in self-confidence.

If your child doubts himself or herself occasionally, this is pretty normal. However, if self-doubt becomes a habit, this could indicate that your child is suffering from depression, anxiety, or some other ailment. This may manifest as your child never believing they are capable and getting very down on themselves when they fail.

2. Your child engages in self-harm.

Most people think of self-harm as cutting, but indeed, this is only one kind of self-harming behavior. Other self-harm behaviors often go overlooked because they are less dramatic. They include pulling out one's hair or eyebrows, excessively and obsessively picking at scabs and sores, and depriving oneself of food or water. Some kids may even go so far as to fall off their bikes or fall to the ground on purpose. This can indicate any number of mental disorders, from obsessive-compulsive disorder to depression.

3. Your child has trouble sleeping.

If your child is always getting up in the middle of the night, has trouble falling asleep, or gets up very early every morning, they may be struggling to sleep. This could lead to irritability and moodiness throughout the day. Trouble sleeping could indicate insomnia, but it could also be an indicator of a number of hormonal disorders and mood disorders, the most common of which is anxiety.

4. Your child withdraws from family and friends.

Some children are just shy, but it's uncommon for kids to become more introverted as they grow older. If your child used to be quite social but is now disinterested in spending time with friends and family, this could be a sign of mental health struggles.

A sudden reduction in grades is often an indicator of mental health struggles, be it with depression or anxiety. Of course, one or two low grades may not indicate anything other than a period of laziness or a topic your child did not grasp. But going from As to Cs in a single semester is an indicator of a larger problem -- perhaps one that a psychologist like Linet Les could help treat. 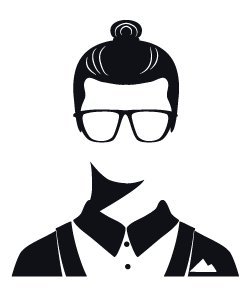 For about a year, I really thought that my kids and I were getting along splendidly. Unfortunately, before I knew it, my kids were really having a difficult time getting along with other people. I needed to focus on their attitudes, so I began working hard to help them to understand how to resolve challenges. We talked about everything from being kind to overlooking other people's shortcomings, and it was neat to watch them blossom before my eyes. I decided that this blog would be an homage to them, so check out this site for great tips on managing family relationships.

3 Things To Know About Pre-Planning Your Funeral
4 February 2022
Most people do not look forward to dying, yet it is something that you cannot avoid. If you are alive, you will eventually die, and you might want to …

Explore Your Feelings And Reassure Yourself Concerning Your Choice Of Adoption
2 October 2018
If you are in the final stages of your pregnancy and have recently chosen an open adoption for your newborn, it can be disconcerting and confusing if …

Have You Planned Your Funeral Yet? Here Are 5 Benefits Of Doing So
1 October 2018
During your lifetime, you can plan ahead for the future. Planning out your funeral is one way to be prepared and make sure that your wishes are respec …